Why Wait? Hit the Ground Running with HoloLens 2!

Microsoft’s second-generation mixed reality headset, the Hololens 2, was announced back in March of this year with a release slated for the end of 2019. The new device introduces features that will allow for innovative solutions across a variety of industries including construction, medicine, manufacturing, and education. These features include the same spatial understanding that made the 1st gen device so powerful, with additional functionality such as full hand tracking, eye tracking, and vastly improved ergonomics. While many patiently wait for the release, we at SphereGen along with others in the Mixed Reality space, have already begun developing for the Hololens 2. By leveraging the Mixed Reality Toolkit and with some planning, there’s no need to wait for the physical device to start building for Hololens 2!

How We Can Help

The MRTK is an open-source SDK maintained by Microsoft. You can find the source code on Github (https://github.com/Microsoft/MixedRealityToolkit-Unity/releases). Many developers, ourselves included, leveraged MRTK for their Hololens 1 solutions with great success. Now, with Version 2.0, which was released in August 2019, developers can continue to use MRTK and build for the 2nd generation Hololens. MRTK 2.0 contains a large number of updates and improvements, including full support for building applications and solutions that target Hololens 2. This means that the code for eye-tracking and full hand tracking is exposed and ready for use in your projects.

However, simply having documentation on new features and code to implement them isn’t enough to start building a solution. Testing is a critical part of any development. Building out proof of concepts requires that you can actually deploy your solutions, which without a device can be a bit difficult. For this reason, MRTK contains a robust set of tools for testing your builds, both within a Unity Editor or in a virtual environment via an emulator. The Unity Editor tools include the ability to mimic hand tracking, which allows you to explore a variety of hand gestures and manipulations. While in the Emulator you can test and use both hand tracking and eye-tracking. 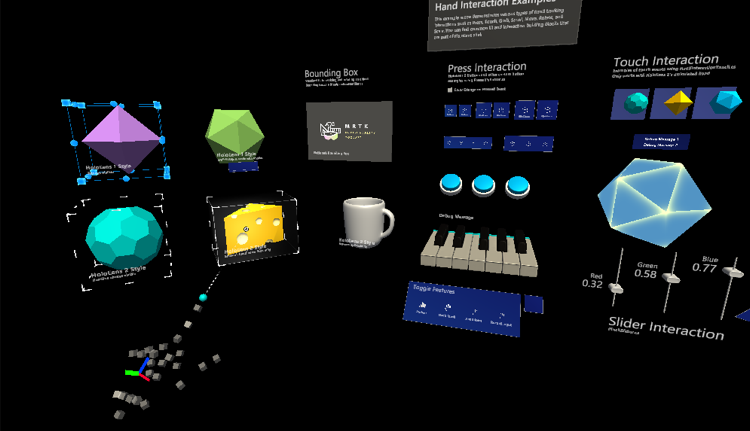 To make things even simpler, developers with access to a Hololens 1 can also deploy their solutions built for Hololens 2 to their current device for testing. While some of the platform-specific functionality won’t be the same on the Hololens 1, MRTK supports deploying to both devices from the same project. This can be very useful when trying to gain stakeholder support in a new proof of concept or project, as they can see it on the device and get a feel for what the solution will be like on the Hololens 2.

The world of Mixed Reality is still relatively new, and the industry is full of innovative companies. Developers are quickly building and deploying solutions to see how they can benefit from cutting edge innovations that Mixed Reality brings. Thanks to MRTK you could begin development on your Hololens 2 solution now. Then, when the device launches later this year, you’ll be ready to deploy to your hardware the moment it arrives. With MRTK and knowledgeable developers, you can start building now and hit the ground running at launch.