A NoSQL (Not Only SQL) database, referring to a “non SQL” or “non-relational” database, provides a mechanism for storage and retrieval of data that is modeled in means other than the tabular relations used in relational databases. NoSQL databases are increasingly used in big data and real-time web applications. NoSQL systems are also sometimes called “Not only SQL” to emphasize that they may support SQL-like query languages, or sit alongside SQL database in a polyglot persistence architecture.

NoSQL is an approach to database design that can accommodate a wide variety of data models, including key-value, document, columnar and graph formats. NoSQL, which stands for “not only SQL,” is an alternative to traditional relational databases in which data is placed in tables, and data schema is carefully designed before the database is built. NoSQL databases are especially useful for working with large sets of distributed data.

NoSQL encompasses a wide variety of different database technologies that were developed in response to the demands presented in building modern applications:

Relational databases were not designed to cope with the scale and agility challenges that face modern applications, nor were they built to take advantage of the commodity storage and processing power available today.

The NoSQL term can be applied to some databases that predated the relational database management system, but it more commonly refers to the databases built in the early 2000s for the purpose of large-scale database clustering in cloud and web applications. In these applications, requirements for performance and scalability outweighed the need for the immediate, rigid data consistency that the RDBMS provided to transactional enterprise applications.

Notably, the NoSQL systems were not required to follow an established relational schema. Large-scale web organizations such as Google and Amazon used NoSQL databases to focus on narrow operational goals and employ relational databases as adjuncts where high-grade data consistency is necessary.

Early NoSQL databases for web and cloud applications tended to focus on very specific characteristics of data management. The ability to process very large volumes of data and quickly distribute that data across computing clusters were desirable traits in web and cloud design.

Document databases pair each key with a complex data structure known as a document. Documents can contain many different key-value pairs, or key-array pairs, or even nested documents. Document databases, also called document stores, store semi-structured data and descriptions of that data in document format. They allow developers to create and update programs without needing to reference master schema. Use of document databases has increased along with use of JavaScript and the JavaScript Object Notation (JSON), a data interchange format that has gained wide currency among web application developers, although XML and other data formats can be used as well.  Document databases are used for content management and mobile application data handling. Couchbase Server, CouchDB, DocumentDB, MarkLogic and MongoDB are examples of document databases. 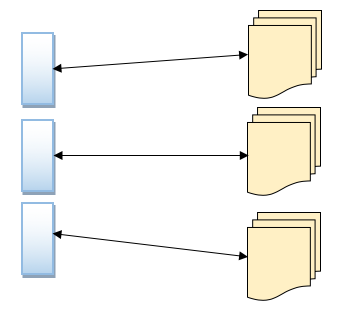 Graph stores are used to store information about networks of data, such as social connections. Graph data stores organize data as nodes, which are like records in a relational database, and edges, which represent connections between nodes. Because the graph system stores the relationship between nodes, it can support richer representations of data relationships. Also, unlike relational models reliant on strict schemas, the graph data model can evolve over time and use. Graph databases are applied in systems that must map relationships, such as reservation systems or customer relationship management. Examples of graph databases include AllegroGraph, IBM Graph, Neo4j and Titan. 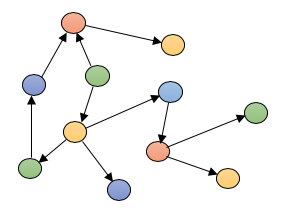 Key-value stores are the simplest NoSQL databases. Every single item in the database is stored as an attribute name (or ‘key’), together with its value. Key-value stores, or key-value databases, implement a simple data model that pairs a unique key with an associated value. Because this model is simple, it can lead to the development of key-value databases, which are extremely performant and highly scalable for session management and caching in web applications. Implementations differ in the way they are oriented to work with RAM, solid-state drives or disk drives. Examples include Aerospike, Berkeley DB, MemchacheDB, Redis and Riak. 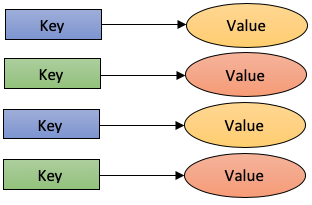 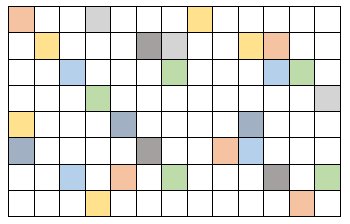 When compared to relational databases, NoSQL databases are more scalable and provide superior performance, and their data model addresses several issues that the relational model is not designed to address:

There are various ways to classify NoSQL databases, with different categories and subcategories, some of which overlap. What follows is a basic classification by data model, with examples:

Finding The Right Kind of Mobile Application for You
July 23, 2020
Go to Top
We use cookies on our website to give you the most relevant experience by remembering your preferences and repeat visits. By clicking “Accept”, you consent to the use of ALL the cookies.
Cookie settingsACCEPT
Manage consent