SphereGen works with many customers automating processes with RPA. We maintain partnerships with Microsoft in App Development, Cloud, and Mixed Reality and we are a certified UiPath Partner.

We are often asked to compare Microsoft Power Automate and UiPath to understand which is a better fit for our customers. In answer to this, we are supplying this blog to point out the main differences between the two RPA tools. Before getting right to the technical aspects, let’s start with a review of how the products got started.

UiPath was founded in 2005, as “DeskOver,” a company that focused on software outsourcing, building automation libraries and software development kits. In 2012 the company shifted toward RPA, building out a platform for the automations it made. This platform focused on training and orchestrating automation, i.e. software robots. Since 2013 the company has experienced near exponential growth. Now valued as a multi-billion dollar company, UiPath is recognized as one of the leaders in the field of Robotic Process Automation.

Though Microsoft needs no introduction, its Power Automate offering is on the more recent side, being introduced at Ignite 2019. Power Automate is actually a rebranding and extension of Microsoft Flow, which was a component of SharePoint. Flow, a SaaS offering for automation, was first introduced in 2016 and was mainly used in the Microsoft ecosystem, i.e. automating routing of outlook email and responses. In 2019 Microsoft expanded Flow with more external connectors, added AI features and in general built out an RPA product under the PowerApps platform. In May 2020, Microsoft acquired Softmotive and incorporated the desktop functionality and backend workflows from that product.

When we first wrote this blog in early 2020, UiPath was a proven RPA option in the cloud and desktop platforms for both developers and business users. Power Automate was still primarily a cloud-based developer tool. In the last year Power Automate has released many updates in the areas of desktop functionality for its Citizen Developers, including capturing on-screen variables via connectors and an improved training courses library. In March of 2021, Microsoft also initiated pricing adjustments, making Microsoft pricing very competitive.

At this point, the large differences between the two products have decreased. As of 2021, Gartner identified Microsoft as one of the main RPA players in the same quadrant as UiPath. The major comparison areas between these platforms remain in the ease of use for business users, the ability to error log and debug for developers and the initial investment cost in the platform.

*Please note that both Microsoft and UiPath have implemented costing changes in the last year. While pricing is relatively comparable, Power Automate costing as a whole tends to be more competitive.

Microsoft Power Automate is a powerful automation tool that is quickly becoming more diverse in its offerings for business user functionality. There are some key areas in which Power Automate does not offer the same level of opportunity as UiPath:

• UI mapping is still based on the use of connectors which is not as flexible as UiPath’s AI-based screen selector when automating screen flows.
• Error logging is handled in subflows, outside of the automation script making debugging for developers more complicated. UiPath’s error handling is in-built.
• Power Automate works best with Azure; UiPath is cloud-agnostic.
• Power Automate is meant to be a tool for highly technical business end users. The UI looks intuitive, however coding the automation to completion still requires technical skills which are typically developer level. Developers are definitely needed for more complex automations.

Although UiPath is still ranked as the leading RPA product by Gartner, UiPath could use some improvements also:
• When functionality or specialized activity is deprecated, UiPath does not always communicate or provide alternative functionality as a replacement. Developers must rely on their own resources or monitor the community forum to determine the best alternate solution.
• For UiPath, the initial investment to begin using RPA is heavier. The average cost of implementation is roughly $60k- $100k to start for an enterprise. Although UiPath has adjusted prices, Power Automate pricing is very competitive making this a strong option for businesses new to the automation world. Depending on the configuration, Power Automate can be 40-50% of the cost of UiPath.

As mentioned above, with the newest updates – both Power Automate and UiPath are now more closely aligned in terms of function and value. Both platforms are strong contenders in the RPA space. Therefore, the most important elements to be used in deciding on an RPA platform are the use case and your budget.

Still have questions about RPA costs?

All business environments are unique, so it is important to realize that pricing varies based on your usage of RPA. For instance, many companies have a mix of on-premise and cloud environmental needs. We can help you determine the cost of implementing RPA with a free consultation. Contact us today to get started!

To find out more about what we do – https://www.spheregen.com/rpa/ 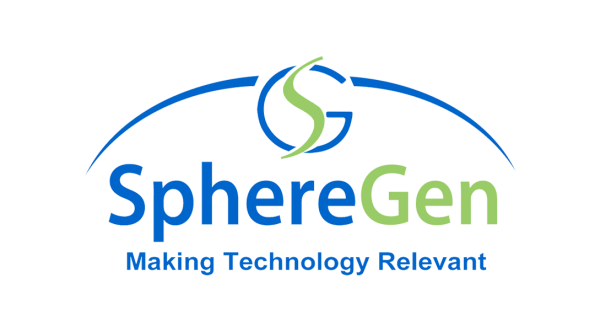 SphereGen is both a Microsoft and UiPath Partner, with expertise in implementing successful business applications for our customers. We specialize in the custom development of web/mobile apps, RPA integrations, and Unity AR/VR applications. We hold Gold and Silver level certifications in Application Development, Application Integration, Azure Cloud, Mixed Reality, and RPA. Learn more about our work at https://www.spheregen.com

Power Automate Desktop – Updates for Professional Developers
May 11, 2021
Go to Top
We use cookies on our website to give you the most relevant experience by remembering your preferences and repeat visits. By clicking “Accept”, you consent to the use of ALL the cookies.
Cookie settingsACCEPT
Manage consent